Soap dispensers are unsung heroes in the hygiene world. They provide fuss-free container for storing and dispensing soap for easy handwashing. Nowadays, many kinds of soap dispensers abound the market, some of them require manual pumping, while some others are touchless or automatic.

A common question among soap dispenser users is, why is my touchless soap dispenser not working. It is a common issue faced by owners of soap dispensers that is fairly simple to solve. No matter what type of dispenser you use, be it wall mounted or not, this troubleshooting guide aims to answer you soap dispenser questions.

Wall mounted soap dispensers are efficient and stylish devices that can be added to your bathroom. They are mounted on the wall so no additional counter space is needed. It is also hygienic since you would not have to touch the unit to dispense soap. They are easy to install and hassle-free to use. Moreover, different styles are available to suit your bathroom aesthetic. 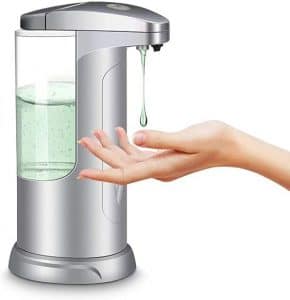 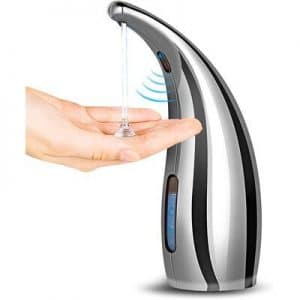 An automatic soap dispenser depends on its sensor to trigger it. If you put your hand in front of the sensor and it doesn’t dispense product, then it isn’t working. 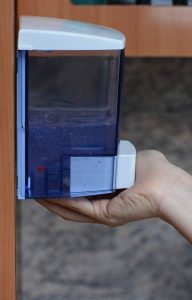 Soap dispensers may also stop working because its pump head or trigger is broken. This often happens in manual dispenser because of the varying pressures but may also happen in automatic soap dispensers.

When the pump of your soap dispenser is broken, it is usually because the spring is jammed or needs repair. The spring triggers the suction of soap from the reservoir when it retracts after it is pushed. If it is stuck or broken, then it doesn’t get a chance to retract and therefore suction and dispensing is stalled.

The sensors of automatic soap dispensers are relatively easy to troubleshoot. If you put your hand in front of the sensor and it doesn’t dispense product then there may be a problem with the sensor. It may be that the soap dispenser only has drained batteries, the sensor may be obstructed, or some of its parts may actually be broken.

You may try clearing the obstruction, replacing the batteries, or check if there are any loose, rusted, or broken parts of the sensor mechanism. A broken sensor may need the attention of your brand provider for replacement or repair. 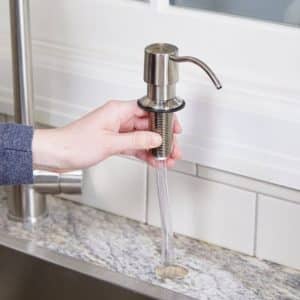 Your soap dispenser may still be working but it may not be working as perfectly as before. Leaking can occur in soap dispensers and not only does it create a mess and a hassle, but it also is a waste of product and of money.

automatic soap dispenser goes off by itself 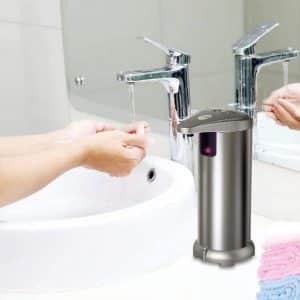 Misfiring of soap dispensers may be because there is a nearby object that is triggering the sensor. It can also be caused by an obstruction or soap residue on the sensor itself. Other times, it can be traced to the button which may be jammed. 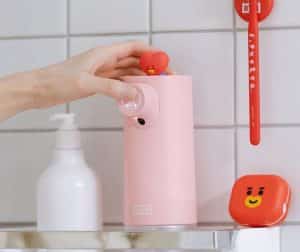 If your soap dispenser isn’t foaming, first make sure that the same kind of detergent is dispensed in it. If it used to foam up and no longer does, then there may be an issue in your dispenser’s foaming mechanism.

This may be commonly caused by a build-up of soap in the foaming filter. It may be clogged and is preventing the soap from creating suds. A thorough washing may solve this issue.

Also check if the tube is allowing air flow to the device hence creating foam. Adjust it so that it isn’t pushed too far into the pump.

The problem may be simple and fixable and the entire device need not be replaced if only one knows how to look for what is affected and needs repair or replacement or the unit may only be needing a little more thorough cleaning. 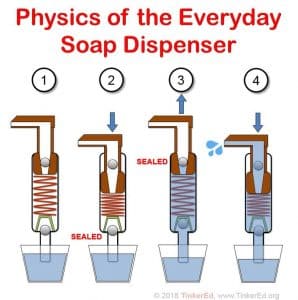 How does an automatic soap dispenser work? Much like a manual one, a spring is responsible for causing the suction of product upwards and onto the spout. The only difference is, the pumping is done automatically with the help of the infrared sensor and no contact or pressure from the user is needed.

how to fix automatic soap dispenser

Fixing an automatic soap dispenser starts with figuring out what is wrong. Try first to clean the sensor and see if it works. If it doesn’t, move on to replacing the battery. If it still does not dispense product, check if any part is loose or cracked. In cases when individual parts can’t be accessed, the section containing the part may be replaced instead of replacing the entire unit. You may check from the brand’s after-sales customer care if parts are available for replacement. The key is identifying which part is not working correctly.

How do you prime a soap dispenser pump

Priming a soap dispenser is done when it is first used or when the soap runs out. It is not as straightforward as how to refill automatic soap dispenser. Once the soap is emptied, priming needs to be done.

Luckily enough, it is quite simple. First cover the hole where the soap usually comes out of. While still covering the hole, push the button all the way as if dispensing product. Let it depress on its own while maintaining the cover on the hole. After that’s done, you may now use your newly refilled automatic soap dispenser.

how to unclog automatic soap dispenser

Start by emptying out your dispenser. Make sure nothing is left out by wiping off any excess soap meticulously from any corner or edge.

Lastly, you may also use a fine pick to clean the nozzle just in case some build-up is still left.

How to adjust automatic soap dispenser

In unit where there is no visible dial or adjustment button, a timing knob may be available inside the dispenser housing. The soap amount dispensed may also vary depending on the amount of soap inside the unit, if the dispenser is producing little to no soap then the soap may be running low. You may also check of the nozzle is clogged which may cause inconsistencies in the volume dispensed.

If your automatic soap dispenser stopped working, it may be to a simple issue with a proportionally simple solution. It is best if you can match the symptom with the corresponding issue so that the right and most practical solution may be applied.